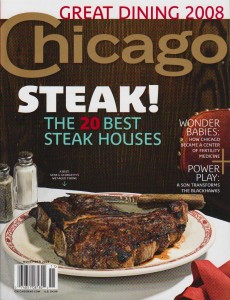 Sergio Di Sapio is finally about to open the long-awaited Ukie Village offshoot of Tango Sur, his popular Southport BYO: Folklore Argentine Grill ???????????? ???????? (2100 W. Division St.). “We don’t have the exact date but are getting close to opening up at the end of September,” says Di Sapio, who has been with Tango Sur since it unveiled as a restaurant in 1996. Expect the same meaty menu and late hours at the 100-seat Folklore—with one exception: an Argentinean wine list.